Throughout the long history of Christianity there has always been a Peace Testimony, the testimony of those who have denounced war and embraced non – violence. This short post examines this Testimony.

This post is based on an essay of the same name that I wrote while at Highland Theological College and also an article of the same name I had published in Ploughshares, the journal of Christian Campaign for Nuclear Disarmament.

On the 12th of March 295 in Thevesta, North Africa a man called Maximilainus stood before a Roman proconsul for refusing to be a conscript in the army. He was ordered to be put under the foot rule as he was in fact fit for service in the army. However, he boldly proclaimed that because of his faith in Christ he could not be a soldier. After continued efforts by the proconsul to make him reconsider he was warned that the punishment for not joining up was death. His response to this displeased the proconsul as he proclaimed that they could behead him if they liked, but he would never choose to be a soldier of this world for he was a soldier of the Christ. The proconsul even attempted to get the young man’s father to convince him of his duty to take up arms, but his father pointed out that he was old enough to make his own decisions. Even after the proconsul pointed out that others who claimed to follow Jesus had joined the army, the young man stood firm on his convictions. After threats of a cruel death he pointed out that as a follower of Christ he would not truly die but go to be with Christ the Lord. Finally he was ordered to be led away to die by the sword at which he said ‘God be praised!’

The above story is one of the first ever recorded accounts of a conscientious objector being martyred from the Christian tradition. Throughout the long history of Christianity there has always been a Peace Testimony, the testimony of those who have denounced war and embraced non – violence.

The Peace Testimony is not, however, the only view adopted by Christians. It is useful to know there are three main views that have existed and continue to exist within the Church at large.

1. The Just War Theory: This theory predates Christianity and was adapted by Augustine in the 4th Century. Later Thomas Aquinas developed it as a systematic theology in the 13th Century. He suggested that in order for a war to be just three things were needful: The authority of the sovereign, a just cause and a rightful intention. This idea was then developed further by Francisco Vitoria in the 16th Century and then accepted by many (though not all) of the Reformers. It continues to be a popular idea among both Protestant and Roman Catholic churches (though again not all). The criteria given for a just war are: a) it starts with an official declaration of war b) is a last resort c) is just and with good intentions d) is defensive, its aim is justice e) must be free of revenge or hate f) targets should only be military g) it should when all is done have saved more lives than it killed h) only be fought if a clear victory and product of a just outcome can be met. Therefore, most wars have not even lived up to this standard, let alone to the standard of any Peace Testimony.

2. Relative Pacifism: This theory suggests that in some cases governments may choose war. However, Christians of such a state would not take up arms. They can work in weapons factories, but never use weapons. Those who hold to this theory also tend to believe that the use of Atomic or Biological weapons is sinful, but possessing them is needful in order to make nation states feel unthreatened by other nations.

3. Absolute Pacifism: The term pacifist is misleading in a way, as it seems to indicate not taking action. However, many who hold to this Peace Testimony are active in politics and religion. This absolutist view teaches that all war is evil even ones said to be defensive. Verses where Jesus tells His followers to ‘Turn the other cheek’ or ‘Love your enemy’ are often taken to be applied not just to the individual, but also to nation states. Jesus is viewed as the perfect example of Peace in that He was led like a lamb to the slaughter without violent protest (Isa 53:7). The path of non – violence and non – resistance are seen in the life of Christ and sought to be imitated in the life of followers.

Before moving on from the main views in regard to war and peace in the Christian tradition it is worth pointing out that the debate is far more complex than it seems at first glance. There are more than three views and there are differences even within each of these schools of thought. One example of this is that the pacifist school of thought has some who say war is never a resort, whilst people like Martin Luther King and Bonhoffer suggested that in the case of people and situations like Hitler, war was the final inevitable resort. However, these complexities aside, Waters summarizes the beliefs of the Christian Pacifists in this way: “The Christian Pacifist says: To hate those who love us is the devil’s way; To love those who love us and hate those who hate us is the way of the world; To love those who hate us is the way of Jesus.”

The Peace Testimony has roots in the early church and is the oldest tradition. Ringma writes of how there was a dangerous memory among the early church of how the Prince of Peace came proclaiming the kingdom of God and did much good before suffering a cruel death at the hands of the establishment. He never tried to justify Himself or use force to protect Himself in retaliation. Ringma says Christians have found it difficult to follow such an example and not justify, defend or retaliate. The pages of Church history are full of retaliation. He writes, ‘It is the history of the sword wielded in the name of religion much more than the history of the peaceful dove.’ He goes on to quote Jacques Ellul, who says ‘violence seems to be the great temptation in the Church and among Christians.’  Rigma also states ‘To be a peacemaker requires more certainty and courage than to be a warmonger.’ Dymond argues after Jesus’ death His followers did not believe in war, as they believed He had forbidden it. Many early Christians chose to die and suffer persecution in the name of non–violence. Not a minority view among the first followers, but a majority view. Marcellus, a centurion in the Trajana legion, on being converted threw off his belt and declared himself to be a Christian and no longer able to be involved in war. He was sent to jail for this, at which he stated that it was not lawful for Christians to bear arms. Such a witness is likely to have prompted Cassian from his own legion to also abandon the legion and face the death penalty. Another example of such dedication is that Sulpicius Severus spoke of a man called Martin who was taught in the ways of War, but on conversion to Christ gave it all up. He gave it up saying that he was a Christian and therefore could not fight. Just a few examples of the roots of the Peace Testimony in early Christianity. Today will we be faithful to the roots? Will we consider the implications of applying the Peace Testimony? Jesus was betrayed with a kiss and  swords. Sometimes he still is. Yet the Prince of Peace takes the cup of suffering, loving even enemies. It is time for us also to choose–The Kiss,The Sword or the Cup!

Cadoux, The Early Christian Attitude to War: A Contribution to the History of Christian Ethics (Headley Bros: London 1919)

Dymond ‘The Early Christians on the subject of war’ (1821)

Gillman A Light that is Shining: an introduction to the Quakers (Quaker Books: London, 2003)

Molnar A study of Peter Chelcický’s Life and Translation of from Czech of part one of his Net of Faith (Berkeley: California, 1947)

Pacificus A Solemn Review of the Customs of War (Oberlin: Ohio, 2007) 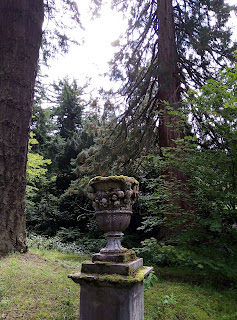