This is a short collection of thoughts on the challenging subject of suffering in this world.

I, like many others, am on a journey when it comes to the Theology and Philosophy of suffering. In this little post are some ideas that may be of use to those exploring this topic, particularly those who follow Jesus.

Free Will and The Light

It seems to me in our attempt to worship God, we sometimes think of Him as Sovereign in a twisted way, almost like a dictator with absolute power, micro managing everything and every detail of the world. But that would be a world without free will, a world we humans didn’t choose (I suspect humans, angels, demons, and creatures have varied degrees of free will and arguably nature itself). This means troubles will come for not all use free will for good or in a way that doesn’t have lasting negative consequences. There is a world of variables. There are good things and bad things. There is a war between light and darkness.

In a general sense the troubles of the world can be traced directly to the fall. Freely and wilfully humans have time and again chosen the darkness over the light plunging the world deeper and deeper into dispair, driving us further and further east of Eden. However, this does not mean every single suffering is somehow an act of divine judgment. In the gospel of John Jesus’s disciples ask Him why a man was blind:

“And his disciples asked him, “Rabbi, who sinned, this man or his parents, that he was born blind?” Jesus answered, “It was not that this man sinned, or his parents, but that the works of God might be displayed in him.” (John 9:3 ESV)

Rather than the suffering being a symbol of judgement it was to be a symbol of redemption. Jesus goes on in that passage to speak of how He was the light of the world. He also miraculously heals the man. It reminds me of that line in the hymn Amazing Grace that says “I was blind, but now I see.” Perhaps it wasn’t just the blind man he was healing that day because that whole passage itself is an eye opener.

No one gets away with having no suffering at all. Even the Apostle Paul had his thorn in the flesh among his many other sufferings (2 Cor 12:7-10). He was a man of great revelations who was kept humble by this trial in his life. This experience, specific to Paul, was what he called a “messenger of Satan to harass” him. That is all we actually know about it. No one knows for sure what this thorn was.

Those who suggest that lack of faith in prayer is the reason some are not healed seem unaware of God’s amazing grace within the darkness. Three times Paul prayed the thorn would be removed from him. This was a faithful Apostle and the answer seems to have effectively been “no.” It is then that Paul begins to see that His grace is sufficient even in our weakness. The dynamics of Grace and God can often be found in the place of trial and weakness.

Weakness forces us to rely more on God. It pushes us to come to the end of our self and the start of Him. It is unlikely that we will ever put our weight on Him as our sufficiency without some measure of hardship in life.

Amazingly Paul starts to boast in his sufferings and even become content in trials. In that place of suffering God gives great strength rather than direct healing.

“Therefore I will boast all the more gladly of my weakness, so that the power of Christ may rest upon me.”

Sometimes we can forget the child in a stable and poor man on a cross bit of the Jesus narrative. The suffering saviour suffers with our world.

There are no easy answers to suffering in our world and pat answers won’t do. But, what if God was suffering with us incarnationally in a crucified world?

And I heard a voice within me answer him:

“Where is He? He is–He is hanging here on this gallows…”

Wiesel wrote that about a boy with an angelic face hung by the Nazis. Wiesel’s story is a reminder of the cross.

“God lets himself be pushed out of the world onto the cross. He is weak and powerless in the world, and that is

precisely the way, the only way, in which he is with us and helps us. Matt. 8:17 makes it quite clear that Christ helps us, not by virtue of his omnipotence, but by virtue of his weakness and suffering.” (Dietrich Bonhoeffer)

Voices in the world may be like Jobs “friends”. They may be entirely unhelpful in our times of need. Some may say, “You just haven’t got enough faith!” Others may say, “You need to suffer, you need to learn by it.” Still others may say, “Where is your God now?” Rest assured there is nothing new under the sun. Sometimes even well meaning people can be entirely unhelpful about our troubles in life. People want a quick fix. A blanket answer to deal with or answer the problem of suffering in the world. Something they can apply to all situations without regard. Such a blanket doesn’t exist.

Like Paul in his suffering and Jesus in His one thing that shines through is listening to God. It was no doubt in conversation with God that Paul discovered the reason and meaning behind his sufferings. In Christ’s suffering He said “nevertheless thy will be done.” Before listening to the world’s voices lets try and listen to God’s.

Oppression and The Big Picture

Often people suffer at the hands of others in this world. Christians are no exception in this. In fact in many countries living under full on persecution is a way of life for them. Persecution, violence and oppression of many kinds is a sad reality in this fallen world.

One biblical story that speaks volumes is the story of Joseph who was sold into slavery by his brothers. In the end it gave him strength and he became what was effectively the Prime Minister of Egypt. He told his brothers “You meant it for evil, but God meant it for good.” God was with him during the proverbial floods and fires of a hard life and turned the evil actions against him for good.

Hebrews 11 verse 35 onwards talks of terrible persecution against God’s people during the Old Testament age, but indicates a bigger picture. This suffering and faithfulness was the substance of things hoped for, the evidence of things yet unseen. Things fulfilled in Christ. Jesus suffered and indicated that if they persecuted the master then surely they will persecute the disciples. Sometimes we struggle to see the entire narrative that God surely can see. It can fill us with dread at times, and trusting in His mysterious purposes can be hard for such as we are, but fear not he has overcome the world.

“And we know that for those who love God all things work together for good, for those who are called according to his purpose.” (Ro 8:28)

What can we do?

It can be so hard watching the news or even just hearing about awful things happening around the world. And each of has or is experiencing lockdowns and the impact of the pandemic in different ways. As us who are environmentally conscious will also tell you things in creation itself are not OK. This does not mean we should give up hope, nor does it mean we should just not bother. We must accept “…that the whole creation has been groaning together in the pains of childbirth until now”(Ro 8:22). A birthing is underway. “Weeping may tarry for the night, but joy comes with the morning” (Psalm 30:5b).

So what can we do, what is our role in a suffering and broken world? It is to be His hands and feet in this world.

To be His and His agents of love.

Here are 17 injunctions for embodied faith:

“True evangelical faith is of such a nature it cannot lie dormant, but spreads itself out in all kinds of righteousness and fruits of love;

it destroys all lusts and forbidden desires (2);

it seeks, serves and fears God in its inmost soul (3);

it comforts the sorrowful (6);

it shelters the destitute (7);

it prays for those who persecute it (11);

it teaches, admonishes and judges us with the Word of the Lord (12);

it becomes all things to all people (17).

The persecution, suffering and anguish that come to it for the sake of the Lord’s truth have become a glorious joy and comfort to it.” (Menno Simons)

If we can even help a suffering world a little then we should, in whatever way we can, even if only by helping one person at a time and little by little. 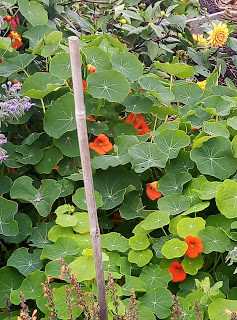